Eye in the Sky is an interactive tabletop simulation in which audience members can engage with situations from the AMC Network series The Walking Dead and Fear the Walking Dead. This project was presented at NYC Media Lab Summit 2019 as part of a grant from AMC Networks exploring Synthetic Media & The Future of Storytelling. Using real-world location data, agent-based modelling, and a computer vision framework, this simulation explores how emerging interactive media tools can allow audiences to develop and follow their own storylines within The Walking Dead universe.

Brooklyn Research Fellowship During a fellowship at Brooklyn Research, I came across a dusty steel platform, replete with motors, linkages, multipin connectors and a power supply large enough to pique my interest. It turned out to be a 3 degree of freedom (DOF) motion platform which – lacking both a hardware and software interface – was sitting entirely unused. This video is a brief overview of the work I did (along with Brooklyn Research’s support) to resurrect this motion platform and provide an extensible, reusable software library for its ongoing use:

Click on the gif below for a live version: Reinforcement learning is exciting. It also is quite difficult. Knowing both of these things to be true, I wanted to find a way to use Unity’s ML-Agents reinforcement learning framework to train neural networks for use on the web with TensorFlow.js (TFJS). Why do this? Specifically, why use Unity ML Agents rather than training the models in TFJS directly? 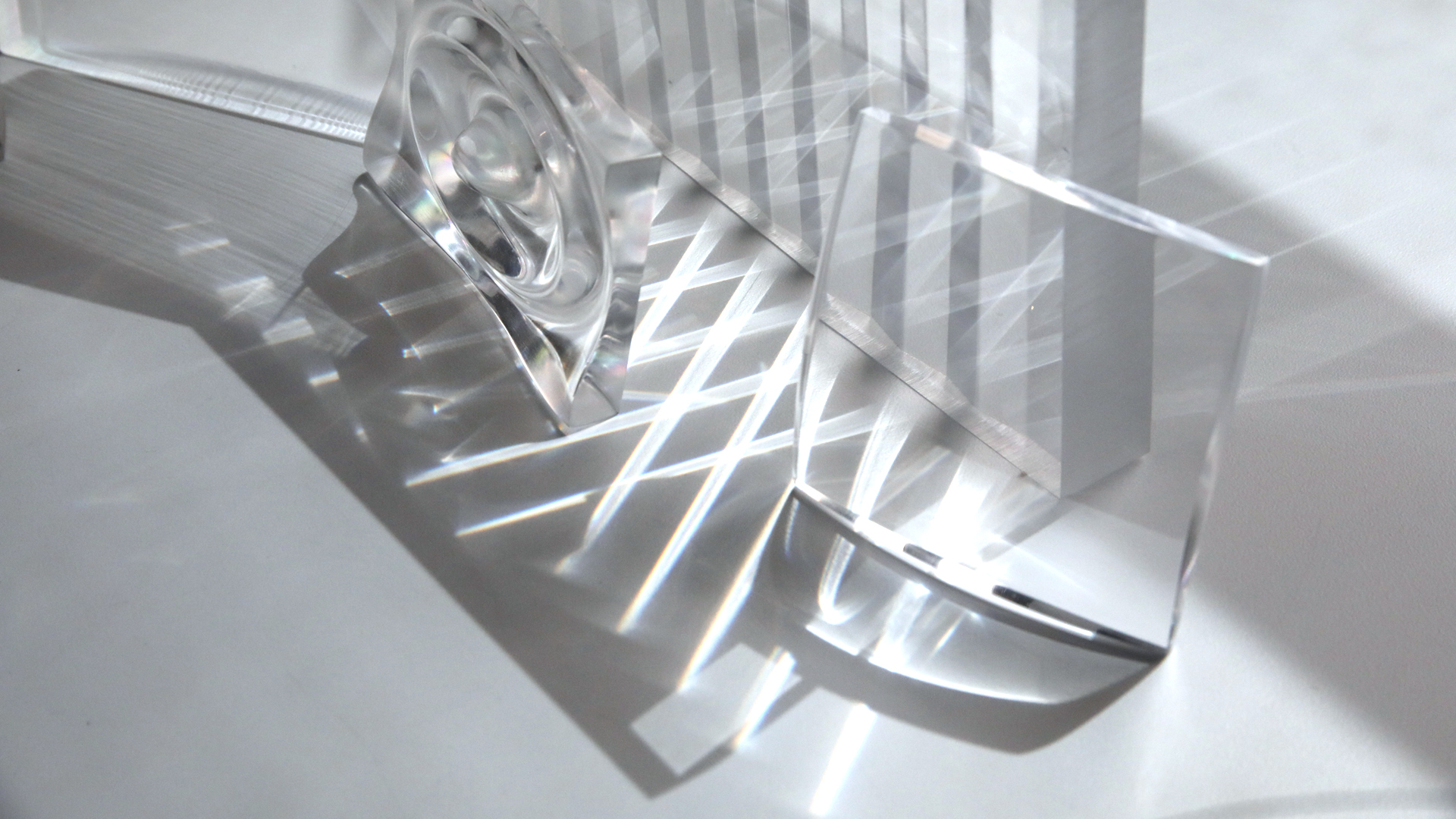 How light interacts with surfaces, lenses and our visual perception is fundamental to how visual arts are created and perceived. Despite this importance, education around basic optical principles tends to employ a science-first approach which may not resonate within an artistic community. This installation attempts to bridge that gap by encouraging audience members to holistically engage with optics and the phenomenon of refraction. This installation consists of a series of engagements with playful and impractical lenses.

A new search ‘vehicle’ for the Library of Congress’ unfathomably massive photo archive, this experiment uses the analog of a roadtrip as a search through these collections. As you plot a route on the map, photos taken along that route are displayed. My hope is to allow serendipitous connections between photos from different times, collections and populations which would otherwise never appear together within the archive. On Glitch.

New features debugMode() and orbitControl() give a clear sense of 3D space. I participated in Google Summer of Code in 2018, contributing to the open source library p5.js on their WebGL (3D Graphics) Implementation. p5.js is an open source javascript library for creative coding started by the Processing Foundation with the express goal of ‘making coding accessible for artists, designers, educators, and beginners.’ With this in mind, I proposed and made several changes to the Camera API and added several debugging features to aid the beginner programmer’s transition from working in 2D to 3D. 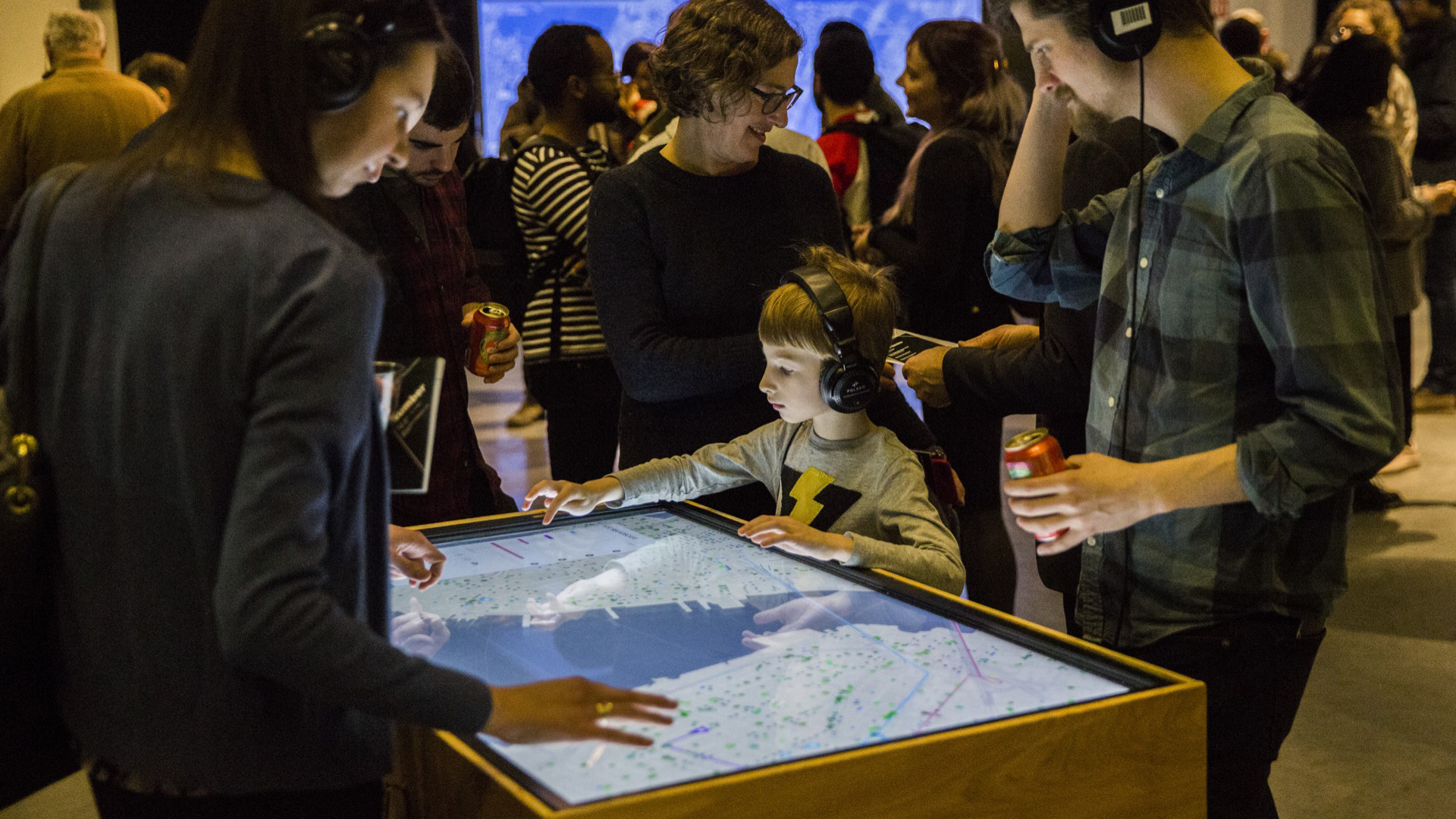 This project, made in collaboration with Itay Niv, was built for Data through Design’s 2019 exhibition “celebrating tangible and multimedia expressions of New York City’s Open Data.” The project reimagines routes through the city as tracks on a musical sequencer, with the city’s trees and urban elements (e.g. subway stops, wifi access points) as notes on these tracks. Using an interactive map displayed on an supersized touchscreen, audience members are immersed in a synesthetic experience of the once-familiar landscape.

This (ongoing) project is an exploration into new methods of visualization for a museum setting started during a Fellowship at Terreform One, a nonprofit architecture and urban design group based in the New Lab at the Brooklyn Navy Yard. I was particularly interested in breaking down the barrier between scientific research and science communication and facilitating a sense of agency among a viewing public in the process of scientific discovery.

This project explores real-time interactive world-building in virtual reality. Users speak and objects appear around them. They ask kindly and mountains move. Basically, it turns them into the gods of their own terrible little worlds. Voice control allows virtual reality to feel a little closer to our reality, in which spoken words have meaning and merit responses. This experience allows us to consider what might happen when virtual reality advances enough to feel truly real: will we all succumb to the temptations of complete control and live our lives in VR? 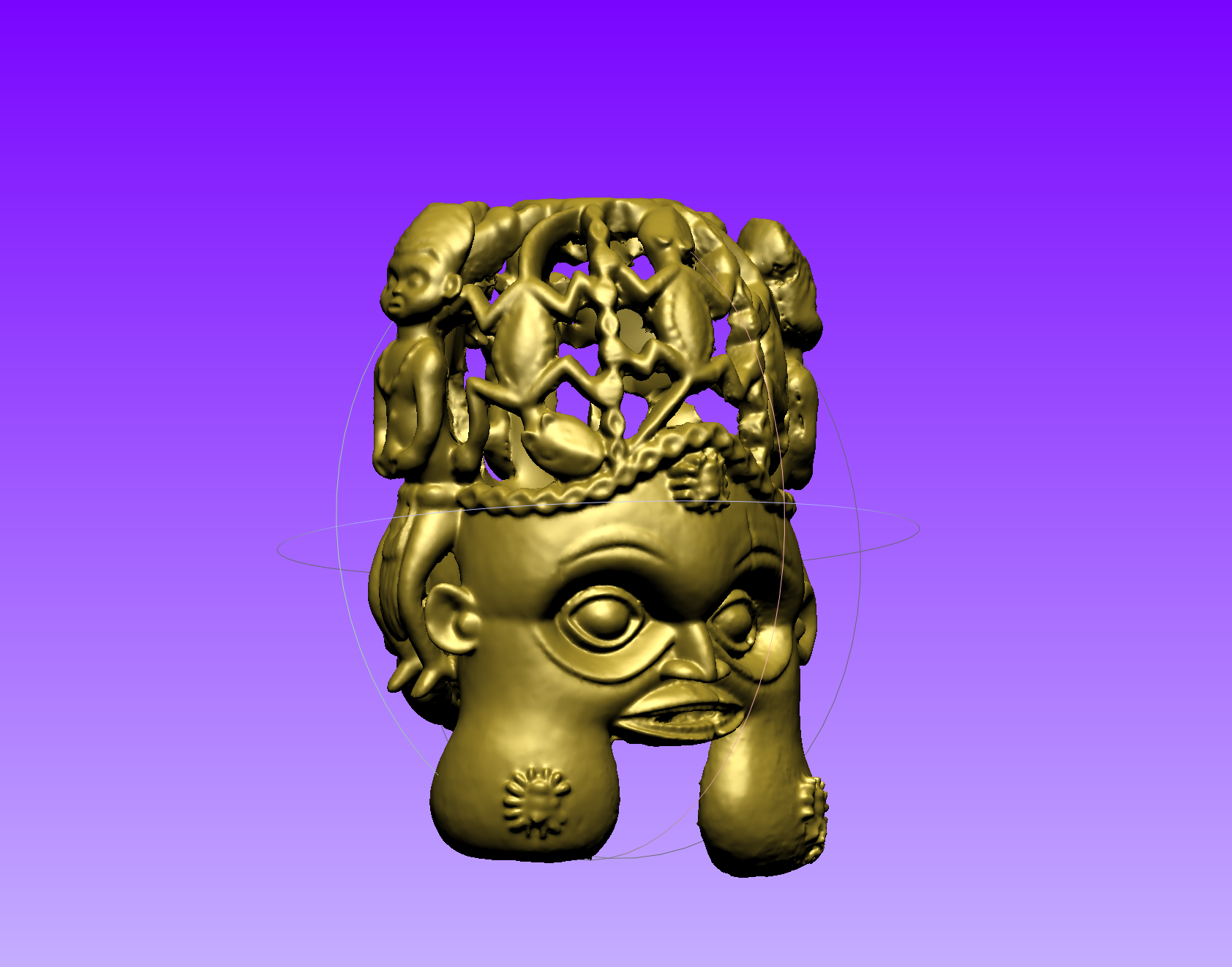 Click here to see the 3D model This mask was 3D scanned using a technique called photogrammetry. Many (>150) photos are taken of the mask from different angles and depth information is extracted from these photos using specialized software. The result is a cloud of several million points plotted in 3D space from which a ‘mesh’ describing the mask’s surface can be created. The print seen here is a ‘texture map’ — a 2D image which, when unwrapped over the surface of this model, describes its color and brightness at every point.